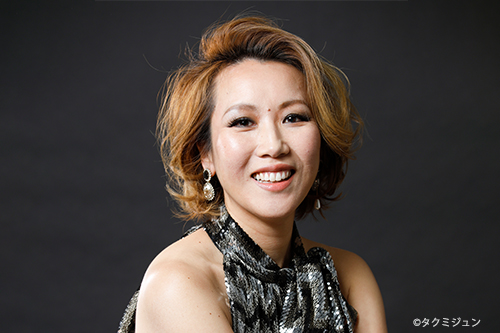 We are pleased to inform you that Japan Arts has undertaken management of Mari Moriya:Soprano. Ms. Moriya has wide-ranging repertoire as dramatic coloratura and has established reputation not only for her Opera performances but also in concerts with orchestras./p>

After graduating from Musashino Academy of Music and its graduate school, and completing a course at the Mannes College of Music, in 2006 Moriya made a stunning debut at the Metropolitan Opera in New York as Queen of the Night in The Magic Flute under the baton of James Levine.

Since then she has given outstanding performances as the title role in Maria Stuarda, Violetta in La Traviata, Micaëla in Carmen, Liu in Turandot and others at major opera houses in Europe and the United States including the Landestheater Linz in Austria, where she was a member of the ensemble, Volksoper Wien, and Oper Leipzig.

In Japan Moriya made her opera debut in 2014, performing Gilda in Rigoletto at Biwako Hall. Since then she has performed Marschallin in Der Rosenkavalier and the title roles in Salome, Madama Butterfly, and Lulu with Tokyo Nikikai Opera Theatre; Elsa in Lohengrin in production by Biwako Hall; Konstanze in Die Entfuhrung aus dem Serail, and the title role in Lucia di Lammermoor at the Nissei Theatre. Her outstanding technique and expresiveness in these performances were highly praised.

In concert as well, she has performed with many renowned conductors and major orchestras in Japan and abroad．Her performance as soloist in the 9th symphony of Beethoven, Mozart’s Requiems and Verdi’s Requiem earned high praise.

We would greatly appreciate it if you could pay attention to and support Mari Moriya, who has a bright career ahead.

Concert information recommended for you