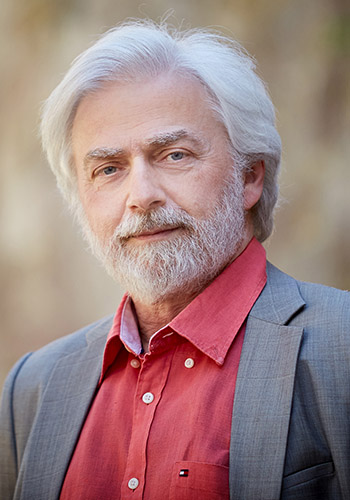 Although he performed on stage for the first time in 1962 as a seven-year-old boy, Krystian Zimerman’s career began in earnest after a series of competition wins in 1975.

Since then Mr. Zimerman has performed more than 2,000 concerts worldwide, with 138 conductors as well as in recitals and chamber music concerts. For over 43 years he has regularly collaborated and made recordings with leading orchestras such as the Berlin Phil, Vienna Phil, LSO, BBC, Boston, Chicago, Cleveland, Los Angeles, Concertgebouw, and Orchestre de Paris, working on projects with renowned conductors like Karajan, Bernstein, Ozawa, Kondrashin, Boulez, Rattle, and Giulini.

Mr. Zimerman’s recordings have been released exclusively by Deutsche Grammophon since 1976. For his recording of Chopin concertos with an orchestra specially created by him, in which project he served as both conductor and pianist, he received a Gold record as well as a Quadruple Platinum record. In September 2017, a CD of the two late sonatas of Schubert was released as his first solo album in 25 years, winning acclaim throughout the world.

It was for a recital tour in September 1978 that Krystian Zimerman visited Japan for the first time. Since then he has performed 254 times on Japanese soil, presenting over 30 different recital programs, concertos and chamber music concerts.

2018 was the 100th anniversary of the birth of Leonard Bernstein, with whom Krystian Zimerman collaborated over a period of 15 years. The two artists worked together with many great orchestras to record pieces by Stravinsky, Beethoven, Brahms, and Bernstein. During those recordings, Mr. Zimerman promised that he would perform with Maestro Bernstein on his 100th birthday. To celebrate this anniversary, he has performed Bernstein’s 2nd Symphony throughout the world with many leading orchestras including the Philharmonia Orchestra, Berlin Philharmonic, and London Symphony, with which he performed the work in Tokyo and Osaka. The CD of this work performed with Berlin Philharmonic under the baton of Simon Rattle was also released by Deutsche Grammophon in 2018. This is one of the most magnificent homages ever paid to this great composer-conductor. The expression of gratitude and respect to his predecessors has always served as a driving force for Zimerman as an artist.

Krystian Zimerman has been awarded several honorary doctorates and orders from both Poland and France, including the highest Polish non-military award, the Polonia Restituta Commandeur Cross with Star in 2013, and in 2005 the French Légion d’honneur.