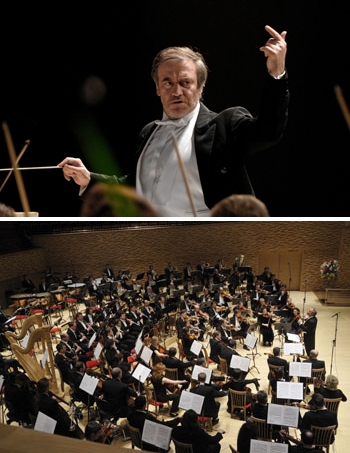 The Mariinsky Orchestra is one of the oldest musical ensembles in Russia. It can trace its history back to the early 18th century and the development of the Court Instrumental Chapel. In the 19th century, an extremely important role in the emergence of the Mariinsky Orchestra was played by Eduard Nápravník, who directed it for over half a century. The excellence of the orchestra was recognised on numerous occasions by the world-class musicians who conducted it, among them Berlioz, Wagner, von Bülow, Tchaikovsky, Mahler, Nikisch and Rachmaninoff. In Soviet times, the ensemble’s illustrious traditions were continued by conductors such as Vladimir Dranishnikov, Ariy Pazovsky, Yevgeny Mravinsky, Konstantin Simeonov and Yuri Temirkanov.
The orchestra has had the honour of being the first to perform many operas and ballets by Tchaikovsky, operas by Glinka, Mussorgsky and Rimsky-Korsakov and ballets by Shostakovich, Khachaturian and Asafiev.

Since 1988, the orchestra has been directed by Valery Gergiev, a musician of the highest order and an outstanding figure in the music world. Maestro Gergiev’s arrival at the helm ushered in a new era of rapid expansion of the orchestra’s repertoire, which today includes every symphony by Beethoven, Mahler, Prokofiev and Shostakovich, Requiems by Mozart, Berlioz, Verdi, Brahms and Tishchenko and various works by composers such as Stravinsky, Messiaen, Dutilleux, Henze, Shchedrin, Gubaidulina, Kancheli and Karetnikov. The orchestra performs programmes of symphony music at prestigious concert venues throughout the world.