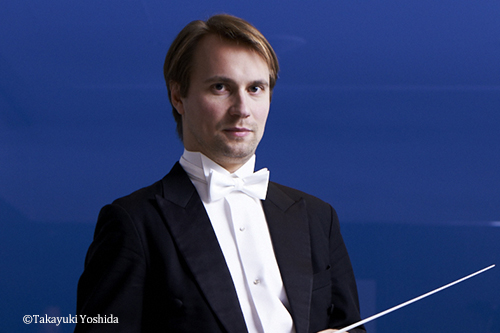 Finnish conductor Pietari Inkinen, 41, will become the next Music Director of the KBS Symphony Orchestra in Seoul, the national radio symphony orchestra in Korea, for a three-year term beginning January 1, 2022. The orchestra was founded in 1956 as the Korean Broadcasting System (KBS) Radio Orchestra and is one of Asia’s finest orchestras.

Pietari Inkinen has successfully served as Chief Conducor of the Deutsche Radio Philharmonie Saarbrücken Kaiserslautern since 2017, where his contract has recently been extended until June 2025. He is also Chief Conductor of the Japan Philharmonic Orchestra.

The music of Richard Wagner being of great significance to Pietari Inkinen’s work, he was invited to conduct the new production of Der Ring des Nibelungen (director: Valentin Schwarz) at the Bayreuth Festival from 2022 onwards. During the summer 2021 he will be conducting three performances of Walküre (performance artist: Hermann Nitsch) on the Green Hill. Earlier, he conducted the tetralogy with great success at Opera Australia in Melbourne, for which he received the Helpmann Award in 2014 and the Green Room Award for Best Opera Conductor in 2016.

Information on the performance in Japan in 2020: Pietari Inkinen, Conducto...

Information on the performance in Japan in 2019: Pietari Inkinen, Conductor

PIETARI INKINEN TO CONDUCT NEW PRODUCTION OF WAGNER’S RING CYCLE AT THE BA...

Information on the performance in Japan in 2019: Pietari Inkinen, Conductor