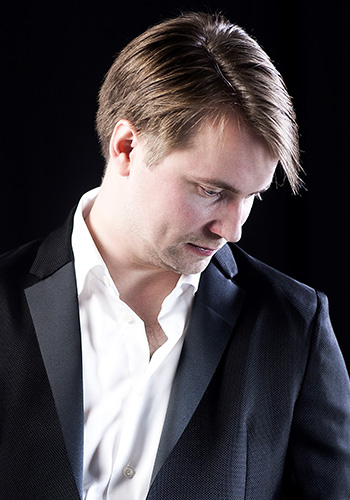 The Finnish conductor Pietari Inkinen has been Chief Conductor of the Deutsche Radio Philharmonie since September 2017, where his contract has recently been extended until June 2025. He is also Chief Conductor of the Japan Philharmonic Orchestra, a post he has held since 2016 and extended until 2023 August. He is also the designated music director of KBS Symphony Orchestra in Seoul, starting his 3 years term from January 1, 2022.

The music of Richard Wagner being of great significance to Pietari Inkinen’s work, he was invited to conduct the prospective new production of Der Ring des Nibelungen at the Bayreuth Festival (director: Valentin Schwarz). During the summer 2021 he will be conducting three performances of Walküre on the Green Hill. Earlier, he conducted the tetralogy with great success at Opera Australia in Melbourne, for which he received the Helpmann Award in 2014 and the Green Room Award for Best Opera Conductor in 2016. Other opera productions have taken him to the Finnish National Opera, the Théâtre de la Monnaie, the Staatsoper Unter den Linden and the Bavarian State Opera. He conducted Wagner’s Walküre and Das Rheingold in Palermo’s Teatro Massimo, and performances of a highly successful new production of Eugene Onegin at the Dresden Semperoper.

Pietari Inkinen has also been Chief Conductor of the Prague Symphony Orchestra and the Orchestra of the Ludwigsburg Schlossfestspiele. During his time as Music Director of the New Zealand Symphony Orchestra, he conducted the recording of all of Sibelius’ symphonies for the Naxos label as well as Rautavaara’s Manhattan Trilogy. Also worth mentioning is a CD with arias and orchestral pieces by Richard Wagner with tenor Simon O’Neill (EMI), as well as Shostakovich’s Cello Concerto No. 1 and Britten’s Cello Symphony together with Johannes Moser (Hänssler). In addition, he recorded excerpts from Wagner’s Siegfried and symphonies of Prokofiev and Dvořák with the Deutsche Radio Philharmonie (SWRmusic/Naxos).

Inkinen is also an accomplished violinist. He studied at the Cologne Music Academy with Zakhar Bron before taking further studies in conducting at the Sibelius Academy in Helsinki.