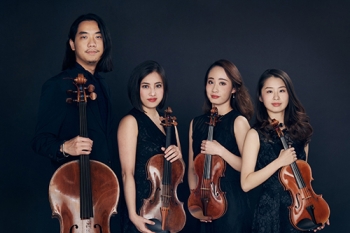 The quartet won third prize and also the special prize for the best interpretation of the competition piece, in the string quartet division of the 65th ARD International Music Competition Munich, in 2016.