Fabio Luisi will become Chief Conductor of the NHK Symphony Orchestra from the 2022/2023 season. 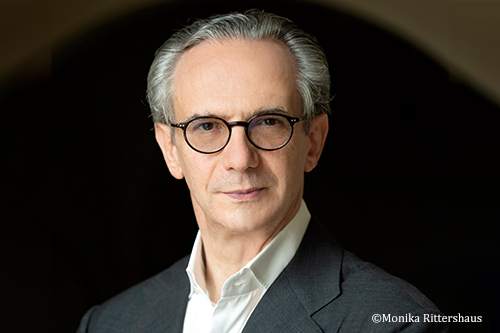 Fabio Luisi will assume the post of Chief Conductor of the NHK Symphony Orchestra in September 2022, for a term of three years.

Luisi has performed with the NHK Symphony Orchestra on a regular basis since 2001.
He has come to Japan numerous times with many orchestras and opera houses that he has led as music director or chief conductor. These include Staatskapelle Dresden, the Vienna Symphony Orchestra, and the Metropolitan Opera.

One of the world’s most knowledgeable and outstanding conductors of opera, Luisi has also captivated many music fans worldwide with the beauty, clarity and intensity of his orchestral conducting, with a focus on German repertory.

NHK Symphony Orchestra has an affinity with the music of Sawallish and Suitner, two conductors long respected by Luisi. The relationship of respect and musical collaboration between Maestro Luisi and the orchestra will continue to develop, and a new chapter will soon begin.

Fabio Luisi, Conductor
Fabio Luisi hails from Genoa. He is the music director of the Dallas Symphony Orchestra, the general music director of the Opernhaus Zürich(terminating in season 2020-2021)and the principal conductor of the Danish National Symphony Orchestra. He will assume the post of Chief Conductor of the NHK Symphony Orchestra in September 2022.
From 2011-2017, Fabio Luisi was principal conductor of the Metropolitan Opera in New York, and from 2005-2013 principal conductor of the Wiener Symphoniker, as well as general music director of the Staatskapelle Dresden and the Sächsische Staatsoper(2007-2010), artistic director and principal conductor of the MDR Sinfonieorchester Leipzig(1999-2007), and music director of the Orchestre de la Suisse Romande(1997-2002).
He is music director of the Festival della Valle d’Itria in Martina Franca(Apulia)and has appeared as guest conductor with numerous renowned ensembles, including the Philadelphia Orchestra, The Cleveland Orchestra, the NHK Tokio, the Münchener Philharmoniker, the Filarmonica della Scala, the London Symphony Orchestra, the Concertgebouw Orkest Amsterdam, and the Saito Kinen Orchestra, as well as with various prominent opera orchestras. He appeared at the Salzburg Festival with performances of Richard Strauss’ Die Liebe der Danae und Die Ägyptische Helena. His most important appearances at the Opernhaus Zürich include, among others, the new productions of three Bellini operas, as well as Rigoletto, Fidelio, Wozzeck and Verdi’s Messa da Requiem.
Important CD recordings include Verdi’s Aroldo, Bellini’s I puritani and I Capuleti e i Montecchi, and the complete symphonies of Robert Schumann, as well as the symphonies and the oratorio Das Buch mit sieben Siegeln by Franz Schmidt, the largely forgotten Austrian composer. In addition, he has recorded various symphonic poems by Richard Strauss, and a lauded reading of Bruckner’s Symphony No. 9 with the Staatskapelle Dresden. His recordings of Siegfried and Götterdämmerung with the Metropolitan Opera Orchestra won Grammy awards. He received the Premio Franco Abbiati, the coveted Italian critics’ prize, in 2013, and in 2014 won the Grifo d’Oro from the city of Genoa.
He was awarded the Anton Bruckner Ring by the Wiener Symphoniker, and named both Cavalier of the Italian Republic and Commendatore della Stella d’Italia.
The «Philharmonia Records» recording label, founded by the Philharmonia Zürich in 2015, has issued CD recordings of works by Berlioz, Wagner, Verdi, Rachmaninoff, Bruckner, Rimsky-Korsakov, and Frank Martin under Fabio Luisi’s musical director, as well as DVD records of Rigoletto(stage direction: Tatjana Gürbaca), Wozzeck(stage direction: Andreas Homoki), I Capuleti e i Montecchi(stage direction: Christof Loy), the Messa da Requiem(stage direction /choreography: Christian Spuck), and Das Land des Lächelns(stage direction: Andreas Homoki).

Information on the performance in Japan in 2019: Fabio Luisi, Conductor

Information on the performance in Japan in 2017: Fabio Luisi, Conductor