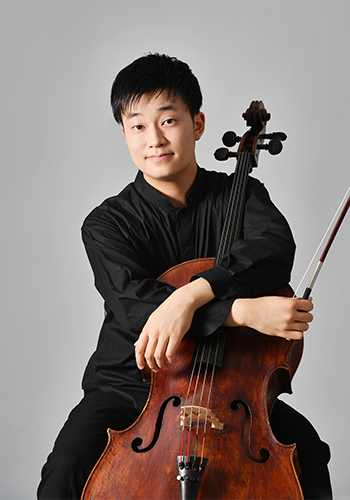 Yo Kitamura, a 16 year-old cellist, became the focus of international attention after winning the first prize in the 10th International Tchaikovsky Competition for Young Musicians in Kazakhstan in 2017.

Yo was born in 2004, in Hyogo, Japan.  He has learned cello since he was four years old. At the age of seven, as the youngest members, Yo joined the Super Kids Orchestra in Hyogo with Maestro Yutaka Sado, and he had performed with the orchestra in 10 places where the great earthquake disaster area in Tohoku, Japan.

Yo Kitamura plays a 1668 “Cassini” cello, on loan from Ueno Pharmaceutical Co., Ltd.