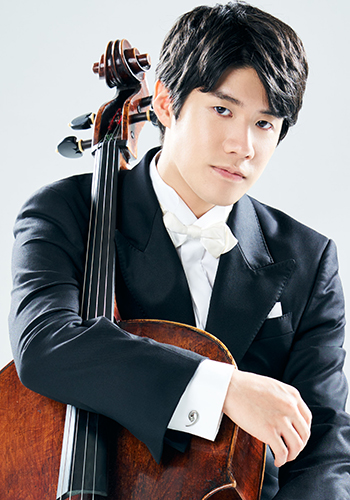 Yuki Ito has been enjoying an international career since winning 1st prize at both the International Brahms Competition in Austria in 2010 and the UK’s most prestigious Windsor Festival International String Competition in 2011. He has appeared with major orchestras including the Philharmonia Orchestra, Klagenfurt Symphony, Yomiuri Nippon Symphony, Tokyo Symphony and Osaka Philharmonic Orchestras, as well as a string ensemble specially formed under Seiji Ozawa. His recitals around the globe have taken place at venues including London’s Wigmore Hall and Royal Festival Hall, and he has collaborated with many distinguished artists including Vladimir Ashkenazy, Julian Lloyd Webber, Xavier de Maistre and Svetlana Zakharova. He has also regularly been invited to renowned music festivals such as Windsor Festival, Schleswig-Holstein Musik Festival and Seiji Ozawa Matsumoto Festival, as well as a private recital personally invited by HRH the Prince Edward.
He is widely known as specialist of Rachmaninoff’s works, as well as introducing the British cello music to the Japanese audiences, for which he was awarded the Hideo Saito Memorial Award in 2019, one of the most honorable music awards in Japan.
Having been active also as conductor, he founded the Knightsbridge Orchestra in London in 2013 and, in 2016, he led the initial Japan tour of Camerata Luanda of Republic of Angola to success, historical event which marked the first tour in Japan ever by an African orchestra. He plays a Goffriller Cello made in 1734 kindly loaned by Nippon Violin.