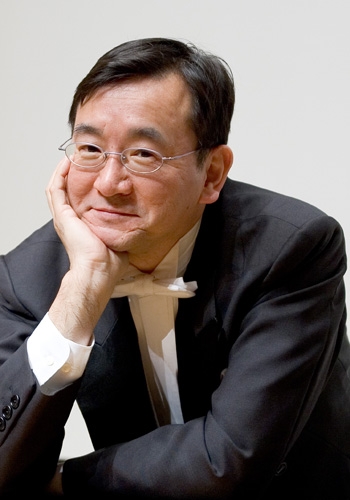 Pianist Shigeo Neriki has dazzled audiences and critics on four continents, as recitalist, soloist with orchestra, and chamber musician. He arrived in United States to study with Professor Gyorgy Sebok at Indiana University in 1971.
From first prize-winning performances at the Biennial Piano Competition at Tucson in 1976, and the Three Rivers Piano Competition in Pittsburgh in 1979, Mr. Neriki’s career has blossomed to include performances as a soloist with Boston Symphony, Chicago Symphony, Denver Symphony, Pittsburgh Symphony, Minneapolis Symphony Orchestra, and National Symphony in Washington, D.C. In outside of the United States, he was a soloist with Orchesta Sinfonica Nacional in Mexico City, Radio Orchestra de France, N.H.K Symphony and all of the leading orchestras in his native Japan.
In 1976, Mr. Neriki was chosen to perform in Boston for the bicentennial celebration of the United States before a record-breaking audience of 400,000. He is often selected as soloist for the Japanese tour of the foreign orchestras, such as Swedish Radio Orchestra, under their young conductor Esa-Pekka Salonen, Musik Ferrein Orchestra of Vienna, and Orpheus Chamber Orchestra from United States.
As an active chamber musician, Mr. Neriki has appeared in concerts and festivals throughout Europe, Asia, and North America. He is a regular artist in the chamber music series of Festival der Zukunft in Switzerland, and Kirishima International Music Festival in Japan. In 1991, he had formed his own chamber music group “Tokyo Soloists”, and his group had won an acclaim of “A miraculous Ensemble” from an English critic in Japan. In 1992, the Emperor of Japan and his family had specifically asked Tokyo Soloists to perform at his Royal Palace for their private concert.
Mr. Neriki also dedicates himself to teach young talents from all over the world. He currently holds a title of Professor of Music at the Indiana University School of Music in Bloomington, where he resides with his wife, pianist Reiko and their son Sho. Besides his life in the United States, he travels frequently to his native country to give regular master classes in four universities, the Toho Gakuen University of Music, the Kunitachi University of Music, both in Tokyo, and the Soai Gakuen University in Osaka, the Elizabeth University of Music in Hiroshima.
Since 1976, Mr. Neriki has shared a close musical association with the world-renowned cellist Janos Starker. They have collaborated extensively in concerts around the world. The duo has recorded for Dennon, Delos, Star, and RCA Victor Red Seal.
Mr. Neriki has recorded three solo CDs, one for Harmony CD Classic and two for Meister Music. His recording of Schumann Piano Pieces (Meister Music, 1997) has won a Japanese Government Prize for his excellent performance.
He had written his first book about piano chamber music “ Give me an A”, published by Shunju-sha in 2004, and has received a high praise from critics.
Read more