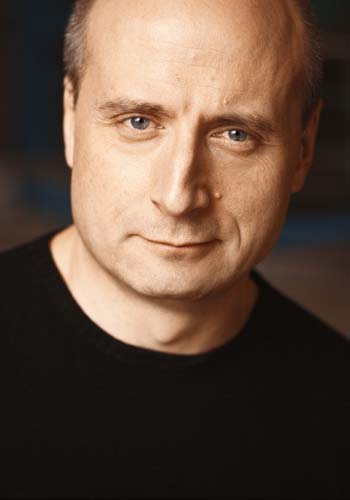 The Estonian conductor and Grammy Award winner Paavo Järvi is widely recognised as the musicians’ musician. On his farewell tour with the Orchestre de Paris, of which he was Music Director for six years, the Wiener Zeitung wrote: “One rarely experiences such an immediate connection between orchestra and conductor, such an extraordinarily attentive presence on both sides so that with economical means an understanding of the most subtle shades is possible.”

Paavo Järvi’s close association with orchestras is evident through his long-standing relationship with The Deutsche Kammerphilharmonie Bremen of which he has been Artistic Director since 2004. This season he returns with them to Asia for performances across Japan and Korea in December 2018. Throughout 2018/19, they tour Europe with their latest
Schubert project, which includes an ongoing residency at Vienna’s Musikverein, and release the second album in their Brahms Symphonies cycle.

Before starting his new role as Chief Conductor and Music Director of the Tonhalle- Orchester Zürich from the 2019/20 season, Paavo Järvi will conduct the Orchestra several times both at home in Zürich and on tour in China and Korea in Autumn 2018.

Each season concludes with a week of performances and master-classes at the Pärnu Music Festival in Estonia, which Paavo Järvi founded in 2011. As a Festival celebrating the orchestra at its heart, Paavo created a new ensemble which has become the uncontested highlight of the summer season: the Estonian Festival Orchestra. He toured with them for the first time in Europe’s major capital cities in January 2018 and introduced them to the BBC Proms and Hamburg Elbphilharmonie in August 2018. He now brings them, for the first time,to Japan in Spring 2019.

Paavo Järvi is a dedicated supporter of Estonian composers and is Artistic Adviser to the Estonian National Symphony Orchestra. He was awarded the Order of the White Star by the President of Estonia in 2013 for his outstanding contribution to Estonian culture.

With an extensive discography, Paavo Järvi’s upcoming projects include the second recording in the Brahms Symphony series with The Deutsche Kammerphilharmonie Bremen featuring Brahms’ Symphony No.1 and Haydn’s Brahms Variations (Autumn 2018 Sony / RCA label). The complete Sibelius Symphony cycle, which Järvi recorded with the Orchestre de Paris, will also be released internationally in Autumn 2018. It was for this performance and recording project that Järvi was honoured with the Sibelius Medal, in recognition of his work in bringing greater attention to the Finnish composer’s music to French audiences.

Recent recording projects include the Estonian Festival Orchestra’s debut CD of Shostakovich on Alpha Classics, the first of three Strauss albums with NHK Symphony Orchestra on RCA Red Seal/Sony, the complete Nielsen Symphonies with Frankfurt Radio Symphony on Sony, and Elgar and Walton’s Cello Concertos with Steven Isserlis and Philharmonia Orchestra on Hyperion.

Paavo Järvi has won a Grammy Award for his recording of Sibelius’ Cantatas with the Estonian National Symphony Orchestra, Estonian National Male Choir and Ellerhein Girls Choir. He was named Artist of the Year by both Gramophone (UK) and Diapason (France) in autumn 2015. He has also been appointed Commandeur de L’Ordre des Arts et des Lettres by the French Ministry of Culture, for his contribution to music in France.

Born in Tallinn, Estonia, Paavo Järvi studied Percussion and Conducting at the Tallinn School of Music. In 1980, he moved to the USA where he continued his studies at the Curtis Institute of Music and at the Los Angeles Philharmonic Institute with Leonard Bernstein.