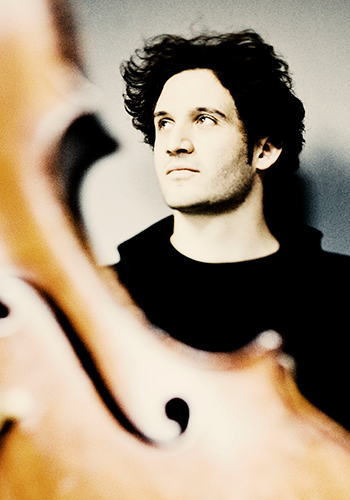 “The compelling French-German cellist Nicolas Altstaedt gave a performance of this compact 10-minute piece that thoroughly conveyed its audacious, even radical elements.

This was his Ne w York recital debut. It’s about time.”Anthony Tommasini, NY Times 22/ 02/16
Renowned worldwide for his musical integrity and effortless virtuosity,German-French cellist Nicola s Altstaedt is one of the most sought after and versatile artists today. As a soloist and conductor, he enthralls audiences with repertoire spanning from the baroque to the contemporary.

At the beginning at the 17/18 season he is going to perform the Finnish Premiere of Esa -Pekka Salonen’s new cello concerto under the bat on of the composer at the Helsinki Festival, and returning to the Rotterdam Philharmonic Orchestra with Santtu-Matias Rouvali for the Dutch premiere. He will be Artist in Spotlight at the Concertgebouw in 17/18 and Artist in Residence 18/19 at the NDR Elbphilharmonie Hamburg, where he will perform wit h Krzysztof Urbanski, Sakari Oramo and Thomas Hengelbrock on tour. Late r on, he will be touring major European venues with the SWR Orchestra with Teodor Currentzis, the BBC SSO with Thoma s Dausgaard, La C hambre Philharmonique with Emanuel Krivine and the Amsterdam Sinfonietta.

In Autumn 17 Nicolas will tour Australia extensively as part of a Musica Viva Recital tour with Aleksandar Madzar.

As a chamber musician, Nicolas regularly plays with Janine Jansen, Vilde Frang, Andreas Ottensamer, Pekka Kuusisto, Antoine Tamesti t, Lawrence Power, Jonathan Cohen and the Quatuor Ébène performing at Salzburg Mozart and Summer Festival, Verbier, Utrecht, BBC Proms, Luce rne, Gstaad, Musikfest Bremen, Schleswig-Holstein, Rheingau and Stavanger. In 2012 Nicolas was chosen by Gidon Kremer to become his successor as the new artistic director of t he Lockenha us Chamber Music Festival and in 2014, Adam Fischer asked him to follow in his footsteps as Arti stic Director of t he Haydn Philha rmonie, with whom he re gularly performs at the Vienna Konzerthaus, Esterházy Festival and will tour both China and Japan in the next season.

Nicolas premieres new music and performs with composers like Thoma s Ades, Jörg Widmann, Thomas Larcher, Matthias Pintscher, Bryce Dessner, Nico Muhly and Fazil Say. He has commissioned the pianist/composer Hauschka as part of this season as Artistic Director of “ Viva Cello” Festival in Liestal in 2016 inspired by a film script by Federico Fellini as well