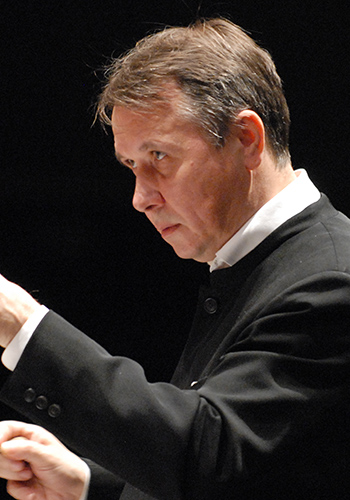 Mikhail Pletnev is an artist who cannot be classified in one word. Known as a genius and one of the greatest pianists of our time and also as conductor and composer. Born in Archangel, Russia in 1957. Awarded the 1st prize and Gold Medal at renowned Tchaikovsky Competition in 1978 when he was 21 years old.

The resulting friendship with Gorbachev gave Pletnev the opportunity to found Russian National Orchestra
(RNO) in 1990. Under his artistic leadership as Founder and Artistic Director, RNO, in less than a decade,
has become to be known as one of the world’s leading orchestras. Pletnev is also invited to conduct noted
orchestras such as Staatskapell Dresden, Royal Concertgebouw Orchestra, and others.

Starting from July 2003, he is invited to conduct Tokyo Philharmonic Orchestra and was appointed as Special
Guest Conductor from 2015 season.

As a composer, he has been composing number of works among which there is a cello sonata written for
Steven Issarlis.

CDs has been released from Deutsche Grammophon and PentaTone Classics.

Awarded the First State Prize of the Russian Federation by President Yeltsin in 1995, that was again bestowed on him in 2002 by President Putin.