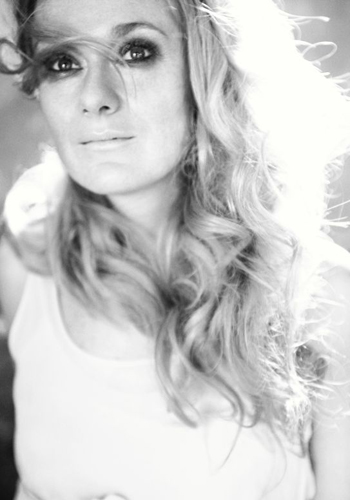 Magdalena Kožená was born in Brno, studied at the Brno Conservatoire and with Eva Blahová at the College of Performing Arts in Bratislava. She was awarded several major prizes in both the Czech Republic and internationally, culminating in the 6th International Mozart Competition in Salzburg in 1995.

She is an exclusive artist with Deutsche Grammophon for whom she has just released “LettereAmorose”.
Her first solo recital disc of Dvorak, Janacek and Martinu won the Gramophone Solo Vocal Award, 2001.
Recent recordings with DG include Mozart, Gluck and Myslivecek arias with the Prague Philharmonia and Michel Swierczewski; French arias with the Mahler Chamber Orchestra and Minkowski; Gluck’s “Parideed Elena” with the Gabrieli Consort and McCreesh; an acclaimed disc of cantatas by members of the Bach family (“Lamento”) with Musica Antiqua Koeln and Reinhard Goebel, a Mozart album with the Orchestra of the Age of Enlightenment and Sir Simon Rattle, a Handel disc and a Vivaldi disc with the Venice Baroque and Andrea Marcon and a recital disc with Malcolm Martineau “Songs my Mother taught me”.

The most recent release “LettereAmorose” is an album of early Italian and Spanish baroque with the ensemble Private Musicke. She was the 2004 Gramophone Awards Artist of the Year and in 2009 she received a Gramophone Award for her recording of the “Julietta” Fragments by BohuslavMartinů with Sir Charles Mackerras and the Czech Philharmonic Orchestra.

Operatic engagements have included Octavian “Der Rosenkavalier”, Mélisande “Pelleas et Melisande” and Lazuli “L’Etoile” for the Deutsche Staatsoper Berlin; Gluck’s “Orphée” with Gardiner in Paris; Nerone (“L’Incoronazione di Poppea”) with Minkowski in Vienna; Mélisande in Paris with both Bernard Haitink and Marc Minkowski; Cherubino in Aix-en-Provence and Munich; Sesto (“GiulioCesare”) in Amsterdam. At the Salzburg Festivals her roles have included Carmen with Rattle, Zerlina (“Don Giovanni”) with Harnoncourt, Idamantes with Norrington and Rattle and Dorabella with Rattle. At the Metropolitan Opera she has sung Melisande with Rattle, Varvara (“KatjaKabanova”) with Belohlavek and Cherubino, Dorabella and Idamantes with Levine and for the Royal Opera House Covent Garden she has sung the title role of “La Cenerentola”.

In 2003 she was awarded the title of Chevalier de l’Ordre des Arts et des Lettres by the French Government.
April 2012