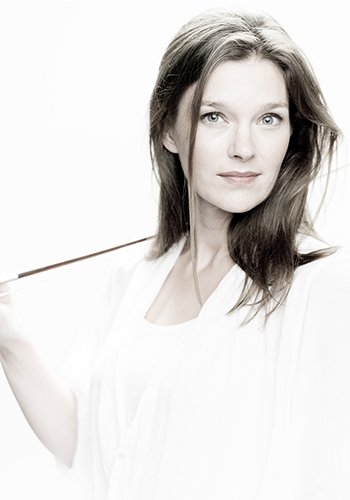 The 2011/12 season sees her undertake residencies at the Wigmore Hall and with the London Philharmonic Orchestra (which includes a US Tour). She will tour the Asia with the Royal Concertgebouw Orchestra and Myung-Whun Chung, and Europe with the Accademia Nazionale di Santa Cecilia and Antonio Pappano. She will also return to the Symphonieorchester des Bayerischen Rundfunks, Dresden Staatskapelle, Los Angeles Philharmonic and Finnish Radio Symphony Orchestra.

In addition to her concerto performances Janine is a devoted chamber musician. This season she will perform a chamber project including Schubert’s String Quintet and Schönberg’s Verklärte Nacht in addition to duo recitals in London, Berlin, Amsterdam, Hamburg, Dortmund, Lyon and Eindhoven. She established and curates the annual International Chamber Music Festival in Utrecht, and since 1998 has performed each season at the Berlin Philharmonie’s Spectrum Concerts series. Her chamber partners include Jean-Yves Thibaudet, Mischa Maisky, Julian Rachlin, Itamar Golan, Martin Fröst, Khatia Buniatishvili, Leif Ove Andsnes and Torleif Thedéen.

Jansen has an exclusive recording contract with Decca (Universal Music). Her most recent release is a French recital disc entitled “Beau Soir” with pianist Itamar Golan. Each one of her previous five albums has been awarded a Platinum Disc for sales in The Netherlands. Renowned for her success on iTunes, her recordings have reached number one on the digital charts on a number of occasions.

In September 2003, Janine received the Dutch Music Prize from the Ministry of Culture ? the highest distinction an artist can receive in The Netherlands. She has received numerous other awards including the Edison Klassiek Public Award three times (most recently in 2010), three Echo Klassik awards, the Preis der Deutschen Schallplattenkritik, as well as the NDR Musikpreis for outstanding artistic achievement in 2007. In 2008 she was given the VSCD Klassieke Muziekprijs for individual achievement and in May 2009 she received the RPS Instrumentalist Award for performances in the UK.

The outstanding instrument played by Janine Jansen is the “Barrere” by Antonio Stradivari, on extended loan from the Elise Mathilde Foundation.