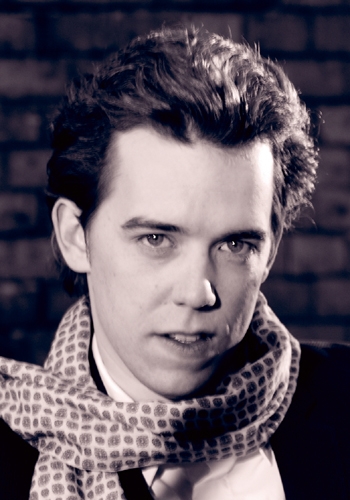 Austrian pianist Ingolf Wunder achieved worldwide recognition at the 2010 International Chopin Piano Competition in Warsaw, showing his excellence in playing works by the great Polish composer. He not only won the Second Prize at this legendary piano competition, but also several special prizes such as the Best Prize for the Concerto and Best Prize for Polonaise-Fantasy. The jury’s decision led to an intense public debate that received worldwide coverage. As a prize-winner in this competition, 25-year-old Wunder follows in the footsteps of many famous pianists including Martha Argerich, Krystian Zimerman, Vladimir Ashkenazy, Mitsuko Uchida and Maurizio Pollini.

Born in Klagenfurt in 1985, Ingolf Wunder started his musical education playing the violin at the age of 4; however it was not until he was 14 that his extraordinary talent for the piano was discovered.

He went to the conservatories in Klagenfurt and Linz, later he studied at the University of Music and Performing Arts in Vienna. Nowadays he is still regularly in touch with his mentor Adam Harasiewicz, the Polish pianist and winner of the 1955 Chopin Piano Competition. Aged 14, Ingolf Wunder made his debut in the Schubert hall of the Konzerthaus Vienna. Two years later he played Prokofiev’s Piano Concerto No. 3 at the Théâtre des Champs-Élysées in Paris with the Orchestre National de France and Emanuel Krivine. He also played concerts with the Amadeus Chamber Orchestra and with the Orchestre National de Montpellier and Jerzy Semkow. In August 2010 he played at the International Piano Festival in La Rocque d’Antheron.
Ingolf Wunder began 2011, along with the other 2010 Chopin Competition prize-winners, with a highly successful tour of Japan with the Warsaw Philharmonic Orchestra under Antoni Wit ? followed by Chopin recitals in St. Petersburg, Virginia and Vancouver. This year’s further plans include appearances in the most important Polish concert halls (Warsaw, Kraków and Gdansk) and in Tel Aviv, Vienna Konzerthaus, Düsseldorf (Ruhr Piano Festival), Eisenstadt (Esterházy Palace), Hamburg, Berlin, Oslo, Ankara, Zurich and Basel.
Ingolf Wunder has previously won the top prize at several other competitions – among them Turin (European Music), Hamburg (Steinway), Feldkirch (“Prima la musica”), Asti (Concours Musical de France), Casarza (“VI Trofeo Internazionale”) and Budapest (Liszt). He has already performed extensively throughout the world, including in Argentina, Austria, Belgium, China, Cyprus, Czech Republic, France, Germany, Hungary, Italy, Lithuania, Luxembourg, Poland, Portugal, Russia, Spain, Switzerland and the USA. He has performed in major venues such as the Tonhalle Zurich, Konzerthaus Berlin, Dortmund and the Laieszhalle Hamburg.
In January 2011, Ingolf Wunder became an exclusive Deutsche Grammophon artist. His first recording is a solo Chopin recital, planned for release in June 2011.
Read more