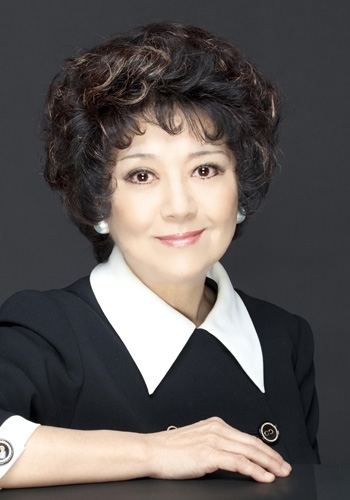 Hiroko Nakamura began to study the piano at the age of three and soon became widely known as a child prodigy. After winning all of the major music competitions in Japan, she made her debut at the age of 15, when she was chosen to be the soloist for the first overseas tour of the NHK Symphony. On this tour she performed in cities such as London, Paris and New York and received rave reviews. At the Juilliard School of Music, she studied with the legendary pedagogue Rosina Lhevinne, and subsequently became the youngest prizewinner at the 7th International Chopin Competition. To date, Hiroko has given over 3,800 performances.

Ms. Nakamura was the only Asian pianist whom Harold Schonberg, one of the most respected music critics of the 20th Century, mentioned in his renowned book “The Great Pianists.” He wrote, “She has brilliant technique, temperament to spare, and an affinity for romantic music.”
Recently, Ms. Nakamura took the position of Hamamatsu City Music Advisor, and in addition to her duties as the Music Director of the International Piano Competition, she has served on the jury of innumerable international competitions such as the Tchaikovsky, Leeds, Arthur Rubinstein, Sydney, Busoni, Beijing, and the China Shanghai International Youth Competition. She has received many distinctions such as the Japanese Foreign Minister’s Commendation for International Work, the NHK Broadcast Cultural Award, the Commandery Order of Merit from the government of Poland and the Arthur Rubinstein Gold Medal. In addition to her achievements as a musician, she has written five books, one of which received a non-fiction prize.
Hiroko Nakamura had been an exclusive recording artist for Sony Records since its foundation in 1965 until 2003. During the time when she was an exclusive recording artist for Avex-Classics in 2003, she released the CDs which truly reflected her maturation and created a sensation.
She received the Medal with Purple Ribbon in 2008 and the Imperial prize and Japan Art Academy prize in 2009. Ms. Nakamura received the Polish Republic’s Gold Medal for Merit to Culture “Gloria Artis” for increasing awareness of the piano works of Chopin and other Polish composers through her superb performances; for her work as a judge in the Chopin Piano Competition; and for the long-term contribution to culture and the arts that she has made through her many outstanding achievements.
In 2009, the 50th anniversary of her debut, Ms. Nakamura carried out a “50th anniversary tour” of more than 80 concerts. In December 2013 she gave a highly acclaimed recital in Warsaw. In the 2014 season, to celebrate the 55th anniversary of her debut, she gave recitals and concerts with orchestras throughout Japan, and in September released a 55th anniversary CD. In 2015 as well, she carried out an ambitious performance schedule, starting with her 37th New Year Concert with the Tokyo Symphony Orchestra (in which she has performed for 36 years in a row) and including recitals and concerts with numerous orchestras.
In March 2016 the Hamamatsu International Piano Academy, of which Ms. Nakamura is Music Director, celebrated its 20th edition. Along with her performing career, she is dedicated to the cultivation of young musicians’ talent.