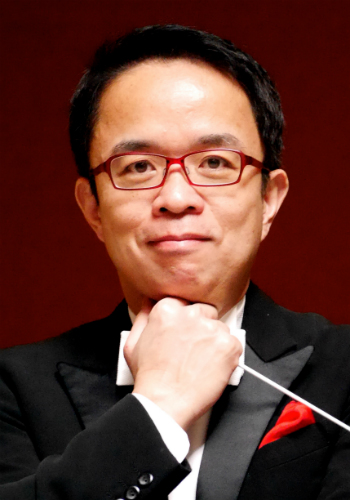 Daisuke Soga studied with Bernard Haitink, Giuseppe Sinopoli, Ilya Musin, Uros Lajovic, Seiji Ozawa, Masahiko Tanaka, Ion Cheptea, Tadashi Mori, and others at the Toho Gakuen College of Music and the Hochschule fur Musik in Vienna as well as many master classes. He made his debut in Romania in 1989 while he was still a student at the National University of Music Bucharest.

Soga has been Principal Conductor of the Londrina Music Festival in Brazil since 2006. He is invited to teach at music festivals and master classes, and also to be a jury member of conducting competition. Recently, Soga is successful as a composer as well. His works have been performed world-wide including Japan, Italy, Romania, U.S.A., Spain and Brazil.

To support the recovery effort from the Great East Japan Earthquake, Soga has developed <Kibou Music Project> internationally. Under the project, music instruments were given to elementary schools in the affected area and other activities are still in progress.

CD’s recorded with Tokyo New City Orchestra has been released by Delta Classics.

Soga is Citizen of honor of Londrina City in Brasiland Brasov City in Romania.

In 2014, Soga was appointed Resident Conductor of the Tokyo New City Orchestra.