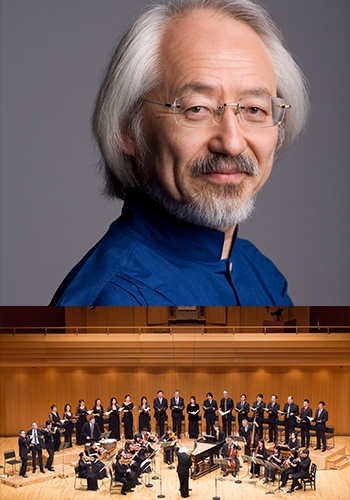 Bach Collegium Japan is an ensemble consisting of performers of original instruments and choir formed in 1990 by Masaaki Suzuki, the internationally renowned and highly reputed Bach performer, organist, harpsichordist, conductor and musicologist.

Bach Collegium Japan performs frequently in Japan and overseas with the aim of presenting ideal interpretations of Baroque music centring on the religious works of J.S. Bach. In 1995 the ensemble embarked on a project aimed at recording Bach’s complete church cantatas in chronological order. This project was eventually completed in February 2013 and has met with lavish praise in Japan and overseas as an internationally outstanding and exceptional achievement of the first order.

Bach Collegium Japan and Masaaki Suzuki were awarded the 45th Suntory Music Prize in 2014. This was also the year when they performed for the first time as far afield as New Zealand and Mexico. The activities of the ensemble are thus increasingly overstepping national borders to win the ensemble a high degree of international recognition.