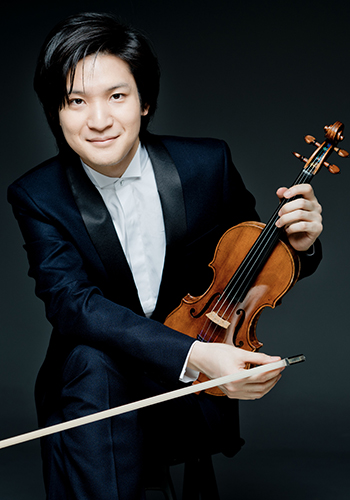 Tatsuki Narita was born in 1992. He began his violin studies in Sapporo at the age of three. In 2010, Narita was selected as a scholarship student of the Rohm Music Foundation.

Tatsuki Narita has performed with many orchestras and conductors, including Petr Altrichter, Augustin Dumay, and Pietari Inkinen.
Narita collaborates frequently with contemporary classical composers. He commissioned the work “CHASM for Violin and Piano” from the contemporary classical composer Kenji Sakai; and at the Suntory Foundation for Arts Summer Festival he performed Sakai’s violin concerto “On a G String,” which earned the Akutagawa Award for Composition.
In November 2017, Narita gave the world premiere of Toshi Ichiyanagi’s composition “Double Concerto for Violin and Cello and Orchestra” (with Tsuyoshi Tsutsumi on cello).

In August 2018, Narita performed with Yeol-Eum Son, Svetlin Roussev and others at the 15th PyeongChang Music Festival & School held in Korea. He also appeared at Yuri Bashmet International Music Festival in Minsk.

Tatsuki Narita plays the 1711 “Tartini” from the golden age of Stradivarius, on loan from the Munetsugu Collection.