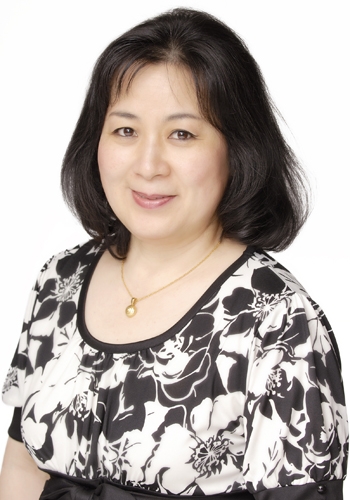 Akiko Ebi is a world-class pianist. Ebi developed her career after winning the 41st Music Competition of Japan in her freshman year at Tokyo National University of Fine Arts and Music. After graduating at the top of her class from the Paris Conservatoire, she studied in the graduate school of the Conservatoire as well.

Ebi won the 2nd Grand Prix of the Marguerite Long-Jacques Thibaud Competition, where she was also awarded four special prizes by jurors including A. Rubinstein. She also received the 5th prize of the International Chopin Piano Competition in 1980.

She has received numerous awards and official commendations, including the Frederic Chopin Society of Japan Award, two Japan Gold Disc Awards, the Chevalier of the Ordre des Arts et des Lettres from the French Government, a medal as an honorary citizen of Paris, and the Exxon-Mobile Music Award (Japan).

Ebi has long been active as a worldwide artist. To date she has performed in 36 countries including Japan, numerous countries in Europe and North America, Russia, China and countries in the Middle East. She has appeared with many orchestras including the NHK Symphony, Yomiuri Nippon Symphony, Tokyo Metropolitan Symphony, Warsaw National Philharmonic, Orchestre Philharmonique de Radio France, Monte Carlo Philharmonic, Argentine National Symphony, major British orchestras, Slovak Philharmonic, and Orchestra of the Sofia National Opera. A two-piano duo concert performed by Ebi and Martha Argerich was televised in countries throughout Europe and also in Israel and Japan, receiving high acclaim. Ebi has performed in many of the world’s major concert halls, among them the Theatre des Champs-Elysees, Salle Pleyel, Gewandhaus, Berlin Philharmonie, Wigmore Hall, and Suntory Hall.

In recent years she has been actively engaged in the instruction of young musicians, and is a sought-after teacher of master classes in countries around the world.

Ebi was chair of the jury of the 8th and 9th Hamamatsu International Piano Competitions. She has served on the juries of many other major international competitions, including the Marguerite Long-Jacques Thibaud Competition and the 17th International Chopin Piano Competition in both the preliminary and final selections. She will return as a jury member of the 18th Chopin Competition in 2021.
Akiko Ebi is chairperson of the Planning Committee of the Yokohama International Piano Concert. She is a former Professor in the Graduate School of Nihon University College of Art, and a former Visiting Professor in the Department of Instrumental Music (Piano), Tokyo University of the Arts. She is also Chairman of the Frederic Chopin Society of Japan.