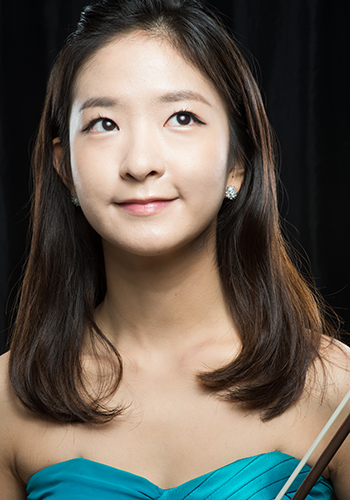 Violinist JANG Yoojin, praised for her “fiery virtuosity” and sensitive interpretation, performed her debut recital at the age of 11 and has been performing with leading Korean orchestras such as the KBS Symphony Orchestra and the Seoul Philharmonic Orchestra since the age of 9. Her performance of the Tchaikovsky Violin Concerto with Ivan Fischer’s Budapest Festival Orchestra received outstanding reviews in 2007.

She graduated at the top of her class at the School of Music at The Korean National University of Arts (Undergraduate program) in 2010. Since 2010, Yoojin has been studying under Miriam Fried at the New England Conservatory.

In 2016 Yoojin won the Sendai International Music Competition, which provides her with major orchestra debuts around Japan in the coming seasons.