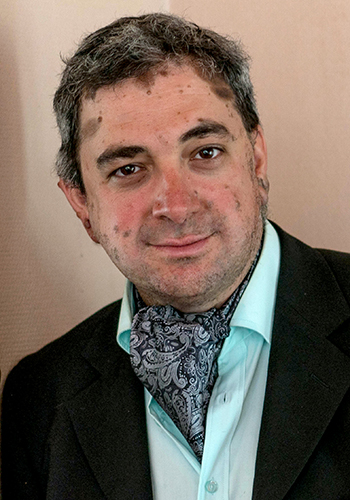 2015 is the release year of Konstantin Lifschitz’s new recording of the Goldberg Variations, performed most recently at the Rheingau Music Festival as part of his cycle featuring all the keyboard works of Johann Sebastian Bach. Lifschitz’s Grammy-nominated previous version of those Variations, recorded at the age of seventeen, affirmed his position in the ranks of the leading pianists of today.

Konstantin Lifschitz was born in 1976 in Kharkov. Already at the age of 5 he began his studies at the Gnessin Special Music School in Moscow, where Tatiana Zelikman was his teacher. He furthered his studies in Russia, England and Italy under such musicians as Alfred Brendel, Leon Fleisher or Charles Rosen.

His recording of Ludwig van Beethoven complete Violin Sonatas with Daishin Kashimoto, the concertmaster of the Berliner Philharmoniker, was released by Warner Classics in January 2014.

Konstantin Lifschitz’s diverse repertoire is reflected through his numerous discography, which includes Bach Musical Offering, Gottfried von Einem Piano Concerto with the ORF- Symphony Orchestra (Vienna Radio) under Cornelius Meister, Brahms Second Piano Concerto and Mozart Piano Concerto KV 456 under Dietrich Fischer-Dieskau, as well as Bach Art of Fugue, which has been an important focus of his work over the years. Konstantin won the German award Echo Klassik already with his debut recording, featuring Music by Bach, Schumann, Medtner and Scriabin.

In 2008, a live recording of Lifschitz’s performance of Bach Well-Tempered Clavier (Books I and II) at the Miami International Piano Festival was released on DVD by VAI. Many of his CDs have reaped exceptional reviews. He has recorded all seven keyboard concertos of J.S. Bach with the Stuttgart Chamber Orchestra, leading from the piano; he also appears more and more as a conductor with such ensembles as the Philharmonic Chamber Orchestra Wernigerode, St. Christopher Chamber Orchestra Vilnius, Musica Viva Moscow, Lux Aeterna and Gabreli Choir Budapest, Moscow Virtuosi, Solisti di Napoli Naples, Dalarna Sinfonietta Falun or Chamber Orchestra Arpeggione Hohenems. In February 2015, he will be collaborating with the Century Orchestra Osaka on an all-Mozart program, to be performed in Osaka Izumi Hall.

Konstantin Lifschitz is a Fellow of the Royal Academy of Music in London and has been appointed a professor of the Lucerne University of Applied Sciences and Arts since 2008.